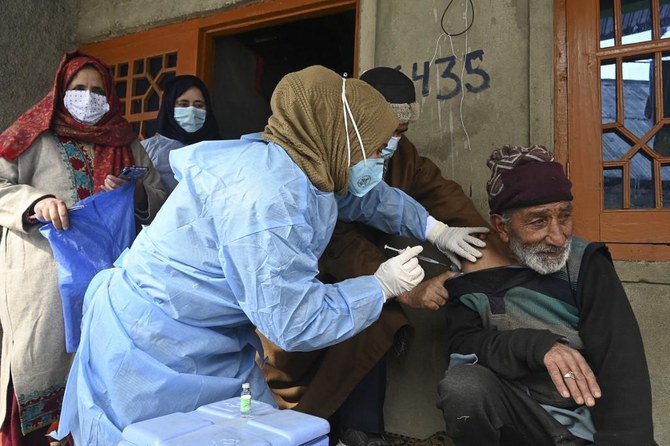 NEW DELHI: India began offering booster doses of COVID-19 vaccine to all adults on Sunday but limited free shots at government centers to front-line workers and people over age 60.
The doses, which India is calling a “precautionary” shot instead of a booster, are available to people nine months after they receive their second jab, the Health Ministry said in a statement Friday. Those outside the two priority categories will need to pay for the shots at privately run facilities, the ministry said.
Unlike other countries, where many people receive a different vaccine as a booster, most Indians have received the same type — in most cases the AstraZeneca vaccine produced by India’s Serum Institute, the world’s largest vaccine maker. It accounts for nearly 90 percent of all doses that have been administered in India, even though emergency approvals have been given for eight vaccines.
On Saturday, the Serum Institute of India said it has cut the price of its AstraZeneca vaccine from $7.90 a dose to $2.96 for private hospitals.
India has so far vaccinated about 96 percent of those aged 15 years and older with at least one COVID-19 vaccine dose, while about 83 percent have received both shots, according to official data.
India’s booster program started in January when health care and front-line workers along with people over age 60 with health problems were allowed to receive shots.
India has recorded a steep decline in coronavirus cases in recent weeks, with the Health Ministry reporting 1,054 cases in the latest 24 hours.