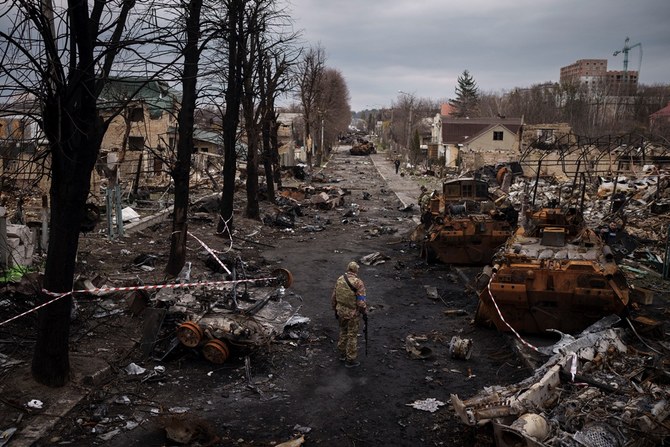 KYIV, Ukraine: Kyiv said Tuesday that ongoing talks with Russia to end the war were “extremely difficult” after Moscow accused Ukrainian negotiators of slowing down discussions by changing demands.
“Negotiations are extremely difficult. The Russian side adheres to its traditional tactics of public pressure on the negotiation process, including through certain public statements,” Ukrainian presidential adviser Mykhaylo Podolyak said in written comments to reporters.
Talks to end Russia’s nearly two-month assault on Ukraine have continued since early in the fighting but offered no concrete results.
Representatives from Moscow and Kyiv have held in-person meetings twice in Turkey, most recently toward the end of March.
“It is clear that the emotional background today in the negotiation process is heavy. It is clear that the Ukrainian delegation works exclusively within a framework that is pro-Ukrainian and transparent,” Podolyak wrote.
Russian President Vladimir Putin earlier Tuesday said a lack of consistency in Ukraine’s demands in the talks was slowing down progress on ending the military operation.