Sunni preachers in ‘vote to save Lebanon’ plea 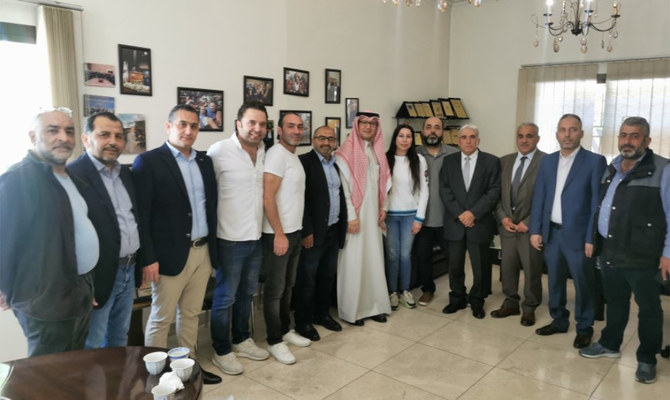 BEIRUT: Lebanon’s Sunni preachers have been told to issue a call in their Friday sermons for people to take part in the country’s parliamentary elections on May 15.

Grand Mufti Sheikh Abdel Latif Derian, the Sunnis’ supreme religious authority, instructed preachers to urge Lebanese to head to the polling stations on Sunday, and elect those who would “preserve Lebanon, and the future of its children, its Arab identity and its legitimate institutions.”

Many Sunnis have said they will boycott the elections following a decision by the head of the Future Movement, former prime minister Saad Hariri, to step down from politics and not contest the poll.

Some say that the many electoral lists and numerous candidates in Beirut, Tripoli and Akkar make it difficult to choose Sunni MPs, with most voting only for the Future Movement in previous elections.

Derian has previously declared that “election is a duty and a necessity,” and warned of the “extremely dangerous” effects of a voter boycott on the representation of Sunnis in parliament.

The incoming parliament will elect a new president to succeed Michel Aoun.

For the second day, Hezbollah Secretary-General Hassan Nasrallah addressed party supporters in the southern suburb of Beirut and singled out voters “who support the resistance, but do not want to vote because of the living crisis.”

Nasrallah described the upcoming election as a “political July war” — a reference to the July 2006 conflict with Israel — and said: “You must get out of your homes to exercise political resistance in order for us to have armed military resistance; if the resistance abandons its weapons, who will protect Lebanon?”

Qabalan said that his party hopes to renew political life and constitutional institutions in Lebanon in order to get the country out of the “deep pit” it is in.

“There is no need to raise the ceiling in political discourse, nor to provoke sectarian and political fanaticism in the hope of a vote or a seat or a majority here or there. We must admit that the country does not function by a system wherein a majority rules over a minority. A majority cannot subjugate a minority, no matter how powerful it is, because the foundations of this country are based on understanding among all its components and groups,” Qabalan said.

Samir Geagea, head of the Lebanese Forces party — which is engaged in a fierce battle against the Free Patriotic Movement — addressed supporters during an electoral meeting in which he criticized Aoun, saying that the presidency has become “a title for undermining Lebanon’s sovereignty, destroying its institutions and eroding the state; a title of hunger, poverty, humiliation and power cuts.”

The FPM is a Lebanese Christian group founded by Aoun in 2005.

Geagea said that Lebanon witnessed “the biggest lies and fraud undertaken by the FPM. Its goal was only to reach power, and when it achieved that, it forgot its promises.”