EU urged to act over Bulgarian pushbacks of asylum seekers 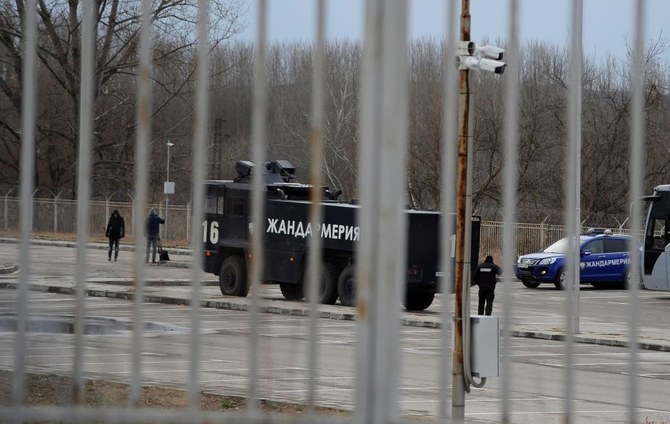 An international human rights organization has urged the EU to act over reports of Bulgarian authorities engaging in “illegal pushbacks” of asylum seekers along the country’s border with Turkey.

Human Rights Watch claimed authorities had not only been refusing to conduct formal interviews and asylum procedures but had been “beating, robbing, stripping, and using police dogs” to attack Afghan and other asylum seekers and migrants before pushing them back to Turkey.

“The European Union should ensure that Bulgaria immediately stops the illegal and dehumanizing pushbacks at its borders and allows asylum seekers access to fair asylum procedures.”

The latest episode follows July’s unanimous decision of the European Court of Human Rights that the Bulgarian government had violated the European Convention on Human Rights after its illegal pushback of a Turkish journalist without conducting a risk assessment or allowing the removal to be challenged.

Bulgaria’s own human rights watchdog, the Bulgarian Helsinki Committee recorded 2,513 pushbacks of nearly 50,000 in 2021, more than trebling the number recorded a year earlier.

HRW interviewed 15 men, 14 of whom claimed Bulgarian police, “or men believed to be Bulgarian police,” beat them either on Bulgarian territory as well as in the course of forcibly returning them to Turkey, with 10 of the men claiming they had been stripped and robbed.

The one man who did report having been beaten or witnessed any beatings was travelling with his wife and three children at the time, and said he was taken directly to the border.

Of those interviewed, 12 said police dogs were used in the process of being pushed back, with five reporting having themselves been bitten or witnessed someone within the group they were being held with being bitten.

One interviewee said: “There was a man (in our group) who started speaking Bulgarian. That man had worked in Bulgaria for three or four years and that’s how he knew the language, the police asked him questions, then they released the dog on him. He was begging in Bulgarian for them to stop the dog.

“(We all) saw it, his hands were bleeding, after this attack, police were scaring this person with the dog. The dog’s leash was in their hands, and they would pretend to release it.”

Bulgarian authorities have failed to respond to HRW’s request for comment, while the European Border and Coast Guard Agency (Frontex) told the NGO that the 192 officers it had posted along Bulgaria’s borders, “must follow the Frontex code of conduct.”

Frontex said: “The code of conduct states that, ‘throughout their operational duties and within the confines of their mandate and powers, participants in Frontex operational activities commit to ensure assistance to, in particular, vulnerable persons and persons seeking international protection.’

“All Frontex deployed officers have a clear responsibility to identify and refer the persons in need of international protection, medical assistance, unaccompanied minors, victims of trafficking in human beings, and other persons in a vulnerable situation to the national authorities for appropriate assistance.”

However, Frontex is itself embroiled in scandal with its former executive director, Fabrice Leggeri, having resigned at the end of April after a year-long investigation by the European Anti-Fraud Office concluded that he and other Frontex staff members had covered up details on the use of illegal pushbacks.

HRW urged European institutions to hold the Bulgarian government accountable for its breaches of European law.

Randhawa added: “At a time when Bulgarian officials are welcoming Ukrainian refugees by disseminating information to them about temporary protection and living in Bulgaria, they are brutally mistreating Afghans and other asylum seekers at their border.

“Bulgarian authorities should extend the same understanding and dignified treatment to all asylum seekers as they are doing for Ukrainians.”